“Where have you been?” someone recently and innocently asked me as we stood around at a social event.  My brain didn’t communicate intelligently with my mouth and I simply said “busy”.  That part is true, in a round about sort of way, but there is so much more to where I’ve been than simply the easy-out word “busy”.

In late May, my friend Herb celebrated his 80th birthday.  I met Herb last summer when I spent some time in my Yakima base camp while researching my new book. Somehow a magnetic pull had yanked me into the vine and stone clad visitor’s center where I wandered the many periodicals, brochures and trinkets designed to entice those who come to wine country.  The gals in the center were able to give me tips on local landmarks, but when I explained I was writing a trail guide, they gave each other a knowing look then said, “YOU need to talk to Herb!”.  Before long, Herb was meeting me at the center and talking my ear off about secret hikes that are not on maps and backcountry travels he’d enjoyed. He was a faithful hiker and had been so his whole life in between his stint as a school principal and youth educator.  He loved it so much that he’d started a hiking group called the Kinnikinnicks (a word for a native spreading ground cover) and began rounding up everyone he knew to hike together.  The group is large now with about 45-50 hikers as members having weekly outings consisting of about 10-20 participants.  Many of the members, I might add, are over 70 years old and do circles around most folks half their age.  Herb had a distinctive trustworthy quality and spoke softly with a smile around his eyes even when he was serious, emanating a settled peace.  He was not 80 years old as I knew 80 to be!  He was tall, towering over 6 feet high and had the energy of a 16 year old.  He knew more about the landscape, plants and trail conditions than most forest rangers and pulled more harmless pranks for a laugh than most high school seniors.  I enjoyed his lighthearted charm and was grateful for the information he shared.
After chatting in the visitor’s center, I thanked him and went on my way.  I didn’t think fate would put us together again, until the local Ranger gave me some startling information about recent crime on a trail which was on my list. After hearing the warning, I felt I’d better not go solo, and as luck would have it, I still had Herb’s cell number which the visitor’s center had passed along.  I dialed it up and before long, we were bouncing down a forest road together, exploring the backcountry with reckless abandon.  He was grateful to have a friend who was as obsessive about trails as he, and I was grateful to have a companion to accompany me occasionally on my unusual “day at the office”!  After that, we hiked together several more times and shared many good laughs, some at my expense.  One time, after we’d hiked all the way back to the car, he’d looked at me with a mischievous grin and said  “Hey...how heavy is that pack?”.  “Why”, I asked.  Before I could finish my response he was in full smile and giggle.  “What did you do?” I cheerfully questioned. Come to think of it, I had noticed my pack DID seem a little heavier on the way back down.  There, in my pack’s lid he’d placed a large rock and was enjoying watching me make the discovery.

When Herb celebrated his 80th birthday party, my husband and I quickly accepted the invite and couldn’t think of a better way to spend the afternoon. Since the party wasn’t until 2pm, the morning was free and it worked out beautifully to go see the Bickleton Bluebirds!

Bickleton is a don’t-blink-or-you’ll-miss-it, one-horse town located in the high desert country in the center of Washington State. It contains the State’s oldest operating tavern (now turned restaurant- Bluebird Inn) which was built in 1882 and still looks like Annie Oakley and Billy the Kid should come sauntering through the doors, guns drawn. The town is so small, that an unfamiliar car through town becomes conversation for a week. However, the folks of Bickleton recently have become accustomed to lots of unfamiliar cars heading down dirt side roads with unfamiliar faces hanging out of car windows, binoculars and cameras in hand, sharing in the excitement of some of Bickleton’s most colorful seasonal residents; mountain and western bluebirds.  Recent publicity of the place, especially during the springtime when the the birds are nesting, has brought folks in droves to see the them.  My obsessions started as a young child when a Disney song gave me great hope that I’d have a bluebird on my should as I skipped down the road whistling “zippity doo dah”. Well, that didn’t happen in Bickleton.  But we did see lots of bluebirds, nesting, flying and foraging for insects.  It was pure joy watching them bring worms to their young and learning more about their habitat.  Go if you get the chance.  Just be sure to bring your cowboy boots and some cash, should you stop to grab a burger at the Bluebird Inn.  A handshake, a kind word, a smile and some cash will buy your lunch.  A credit card will not. 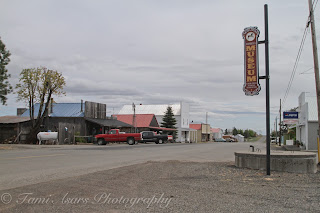 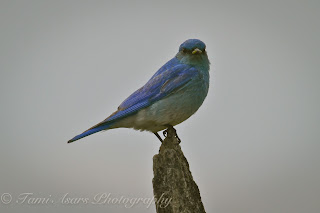 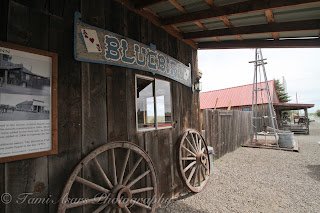 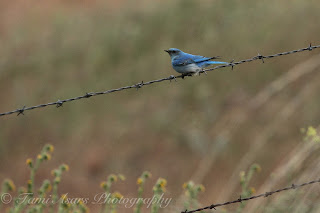 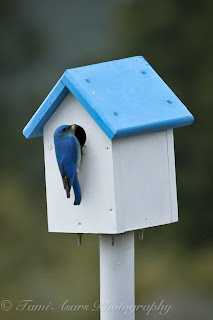 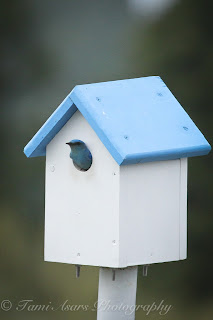 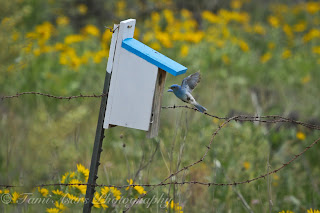 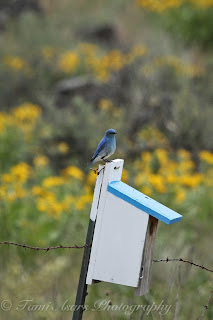 My manuscript was submitted for my latest book in late May and the sigh of meeting that deadline might have been heard or felt around the world. What started over a year ago had finally come full circle and I was grateful for a few days of downtime after submission.  So, we went to Belize, threw on some scuba tanks and checked out the Blue Hole, met some howler monkeys, fed some saltwater crocodiles, caught and released bonefish on the fly, saw some ruins and swung quietly in hammocks under palms on a private 12 acre island. Sweet bliss. 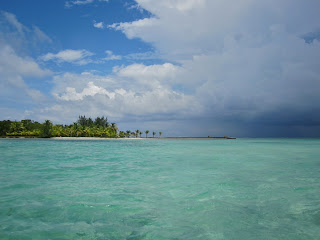 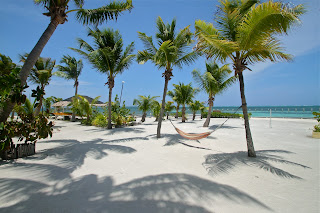 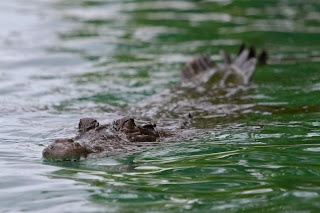 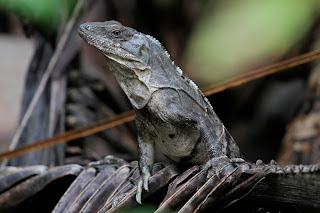 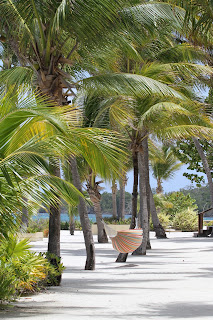 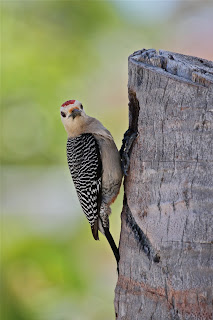 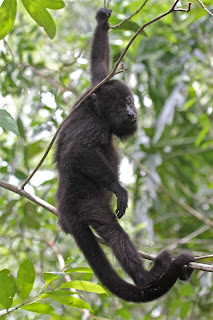 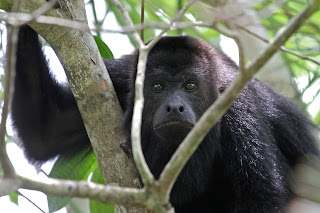 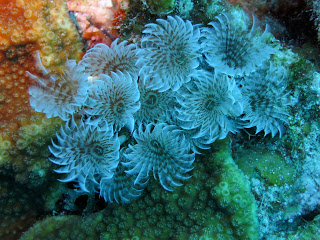 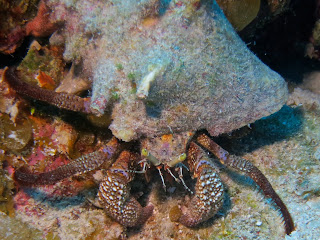 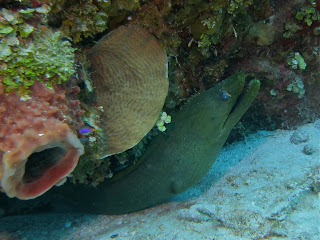 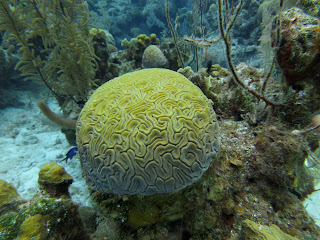 Spring and summer have officially sprung and now that I am back, I’m wasting no time getting back into the hiking season.  This summer, I’ll be spending a ton of time working on a couple of new books, yet to be announced.  Deadlines loom, so there is no rest for the weary, weird or wicked around these parts!  My gear awaits a full summer of abuse and the snow is quickly melting in the Cascades.  I say, bring on the warm days, the sticky bug spray, the glorious snowcapped mountains, the dewey morning lupine, the chilly alpine nights, the sky filled with stars sans city lights, the alpenglow on rugged peaks, the mountain goats grazing on subalpine hillsides and the wet, freezing feet from river fords. These are the thing I live for and the things I cannot do without.

Yep, I’ve been busy.  But it’s a richness that keeps my heart beating in the most wonderful of ways.  Sure, there is stress and the picture isn’t always glamourous, but the one lap we get around this track is meant to be lived to the fullest and I’m working on making it so.  Have a fantastic spring into summer and I’ll see you out there on the trail!
Posted by Tami Asars at 11:27 AM No comments: