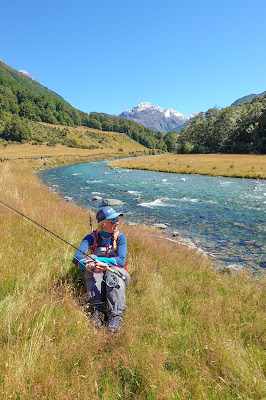 I sat discouraged in a clump of tussock near the riverbank and watched the copious amounts of pollen float all around me like fairy dust.  The views were breathtaking, but I wasn’t here for the jagged skylines touting beech forests, the squawking, endangered kea parrots that were calling from distant trees, or the late blooming periwinkle lupine that gave the landscape a pop of color.   I’d flown nearly fifteen hours to realizing my dream of catching a big, brown trout in one of New Zealand’s halcyon rivers, and I wasn’t having any luck.


My guide, a gentleman roughly my age, seemed slightly frustrated with the learning curve that hampered my ability to place the fly on the exact upstream seam allowing it to land some distance above the fish’s head with skillful precision.  The long cast required the accuracy of an expert marksman and the patience of ancient Roman builders, qualities, my state of mind were hindering. “Fish,” he explained, “have an 180-degree field of vision, so staying stealthily behind them, then casting upstream, is the only way to get them to feed.” 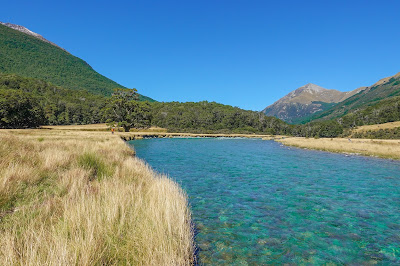 “Wait, I can’t see the fish,” I quietly whispered as he began to speak about where to place the fly.  New Zealand was known for sight fishing, a hybrid style of fly fishing which allowed fishing guides with expert, eagle eyes, to locate fish in water so gin-clear and shallow you could wade, knee-deep, from one side to the next with texture and color of each rock visible underfoot. Despite the clarity, the ripples caused a slight distortion, and I found my pride wadded up like a ball of yarn in my throat, as he pointed out each trout. Despite my best efforts, I was visually impared. 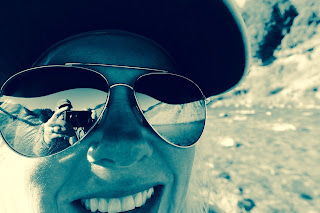 By day two, sitting in the tussock, noshing on a trail bar, I had a heart to heart talk with myself and decided that I must not be the only one who can’t see these fish.  One thing I knew for certain, it wasn’t my sunglasses!  Despite the glare and direct, radiant, summer sun overhead, I was wearing a fashionable pair of polarized, UV ray-blocking, technology-laden Costa Cook sunglasses which had more features and bells and whistles than most smartphones. The glasses were doing a beautiful job of blocking glare, staying put on my nose and gently hugging my temples. No other brand would be as well suited for this job! 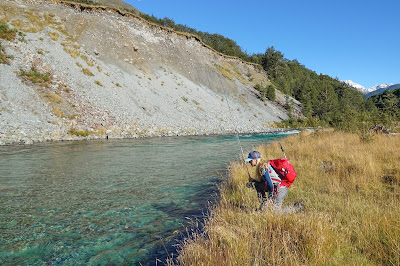 The skill I lacked was the ability to sit still, to watch the water patiently, to see the oblong, dark shapes moving subtly in a graceful dance of fluidity, and to clear my head of the mind-noise that was slowly seeping in. At one point, I found myself laughing in disbelief. “There are two of them here, but I think one is a rainbow,” proclaimed the fishing guide, pointing to a spot near an overhanging tree.  I squinted my eyes to look through the mosaic, straining, struggling, and silently screaming. “I’ll just trust you,” I finally said. “You don’t see that?” he said, as if I was somehow fibbing about my ineptness as part of a coy excuse should the fly not land in the spot he instructed. “I wish I did.”  Still, I listened to the instruction and did my best to place the artificial bug exactly where he’d asked. If I couldn’t catch one of these big fish, at least I’d scare one half to death.


We walked the high grassy riverbanks, me following a length behind him until he stopped, keeping a fixed gaze on the water and slowly backed up. “We’ve got one,” he exclaimed. Once again, I focused on the clear ripples.  Looking through the current, I suddenly saw the dark brown, oblong shape.  “There it is!” I nearly jumped out of my waders with such joy. Slowly I crept into the water and placed the fly in front of the large fish’s nose.  On the first cast, with the elegance and meticulousness of a pro, I watched the fish grab the fly. 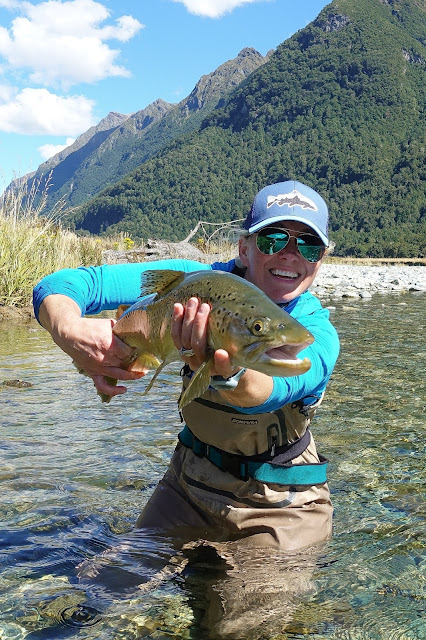 “Let him run…don't palm the reel…keep your tip up, point the rod to the right…don't let him go under that bank…keep his nose up…again…let him run…” The coaching was music to my ears as I stumbled like a drunk deer up and down the banks of the river, all the while hearing a voice in the back of my head repeating, “don’t lose this fish, don’t lose this fish.” 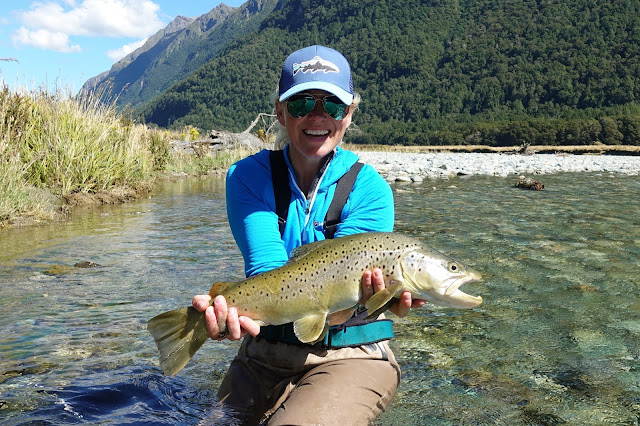 A short time later, I stood beaming in the river with the beautiful creature in my hands.  My hairline to hairline grin exuded exuberance, and I was overjoyed with gratitude that I’d managed to spot, catch, and land a New Zealand brown trout. It was only a tiny moment in time, but it was a giant blip on the radar screen of my dreams.

After that, my brain acquired the skills to see the fish and one after the next, I spotted them in shaded pools, shallow ripping currents, behind large rocks and under overhanging trees. Each cast led to a singing reel, and I had a renewed sense of gratitude and excitement. 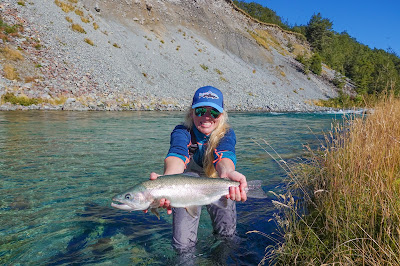 New Zealand had won me over and not just because of big fish. It had taught me a lesson of patience, of stillness, of mind quietness, and the belief that sometimes, you just have to trust in yourself and rise above your weakness. When you do, good things happen. 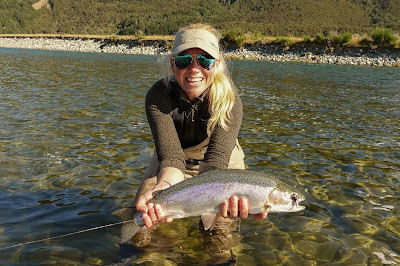