breath in, breath out, move on. happy 4th of july! 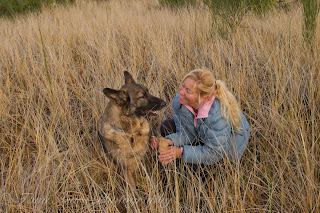 “How do you deal with criticism?”, I asked him.  He and his wife were sitting at my dining room table and we were enjoying a delicious meal of spiral ham.  He was a celebrity around the Seattle area who for years had a public voice, and a public face.  For almost 30 years he’d made a living discussing subjects, including controversial ones such as politics and had stuck his neck out there publicly, opening up topics for dialog.  Backlash had hit him many times, but yet, he was chipper and calm, and seemed to let nothing get under his skin.  He had a strong group of followers who enjoyed his style, his wise-cracks, his light-hearted nature, his character and his entertainment- it kept them coming back for more.

I was particularly interested in how he’d managed to not let the turkeys get him down.  There were plenty of turkeys around and the internet was a fantastic way for those turkeys to gobble. My first book was to be released soon, and I knew full well that I couldn’t please everyone.  I’d spent years researching and writing what I hoped would be the best possible book on the subject, but despite all of my efforts and doing my best, I knew that sooner or later, a turkey would rise to the top of the pile and I needed to be prepared with great self-talk.  Becoming a somewhat public figure meant sticking my neck out there for the world to see, love it or hate it. I had considered using a pen name, but in the end made a commitment to just be myself and let the chips, if they needed, fall where they may.  I had nothing to hide and was proud of my efforts; a pen name just wasn’t “me”.

He continued taking small bites listening to my questions then answered them with very profound words.  “I don’t let it get to me and I let go,” he said. “Simple as that”.  What strength!  I think of those words often along with one of my favorite Jimmy Buffett songs which simply says “Breath in, Breath Out, Move On”.  Self-talk ammunition, for sure!

Since publication, I’ve received great comments, positive feedback and made new friends over our mutual love of the wild places. I’ve shared complete joy in hearing stories about those who have enjoyed the same passions, and been entertained by their adventures. Perhaps nothing gives me greater joy than offering suggestions, advice and trail descriptions to people who are eager to get out there and cleanse their souls with views and fresh air. Sure, there have been turkeys occasionally, but they cannot begin to overshadow the beauty there is in these moments of clarity, when folks tell me their stories or share that they’ve enjoy what I’ve penned.

On this beautiful Fourth of July, I hope you take in the mountain’s majesties, the tall pines and the local parks. Stop for a moment to breath in, breath out, and move on.  Be grateful for this holiday and enjoy every drop of sweetness that we’ve been grated.  Thanks for your continued support of my writing and for sharing your journeys.  I’m blessed to know some of the best folks in the world.  Happy 4th!
Posted by Tami Asars at 11:23 AM